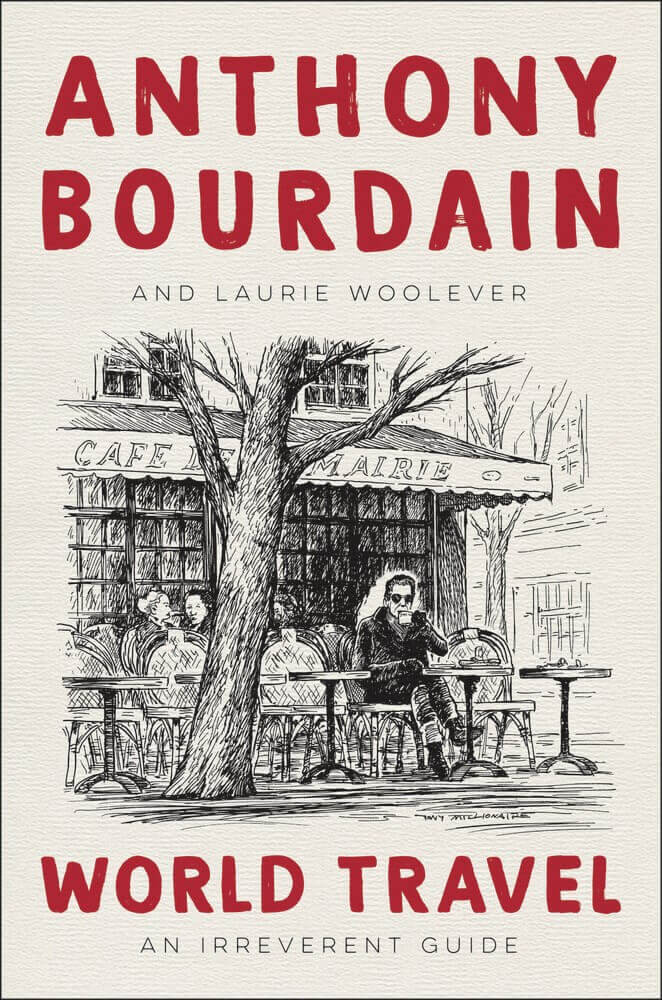 My review of a rock ‘n’ roll-meets-Lonely Planet travel guide consisting of Bourdain’s musings on TV, modern-day comments on places that featured on his TV shows, and features fro…

This is a puzzle book of sorts. It’s mainly built on an idea that Bourdain and Woolever—the latter of who is a writer and editor who’s written Appetites with Bourdain and spent a decade assisting him—had where they would collate Bourdain’s experiences as a travelling eater in his TV shows into book form.

It was never my intention to be a reporter, a critic, an advocate. It was also never my intention to provide audiences with “everything” they needed to know about a place—or even a balanced or comprehensive overview. I am a storyteller. I go places, I come back. I tell you how the places made me feel. Through the use of powerful tools like great photography, skillful editing, sound mixing, color correction, music (which is often composed specifically for the purpose) and brilliant producers, I can—in the very best cases—make you feel a little bit like I did at the time. At least I hope so. It’s a manipulative process. It’s also a deeply satisfying one.
ANTHONY BOURDAIN, 2012

Bourdain was highly passionate about food. He also loved people, music, some culture, an old-world view of rock ‘n’ roll, and seemed to try to be a better person; upon revisiting foods, peoples, and cities, he reevaluated his old self and tried to come to grips with things. Where he’d been a full-blown drug addict who, after having attended rehab, wrote funny and glammy stuff about drugs and the cool life of a ‘rock chef’, he later wrote truly introspective and contemplative stuff. 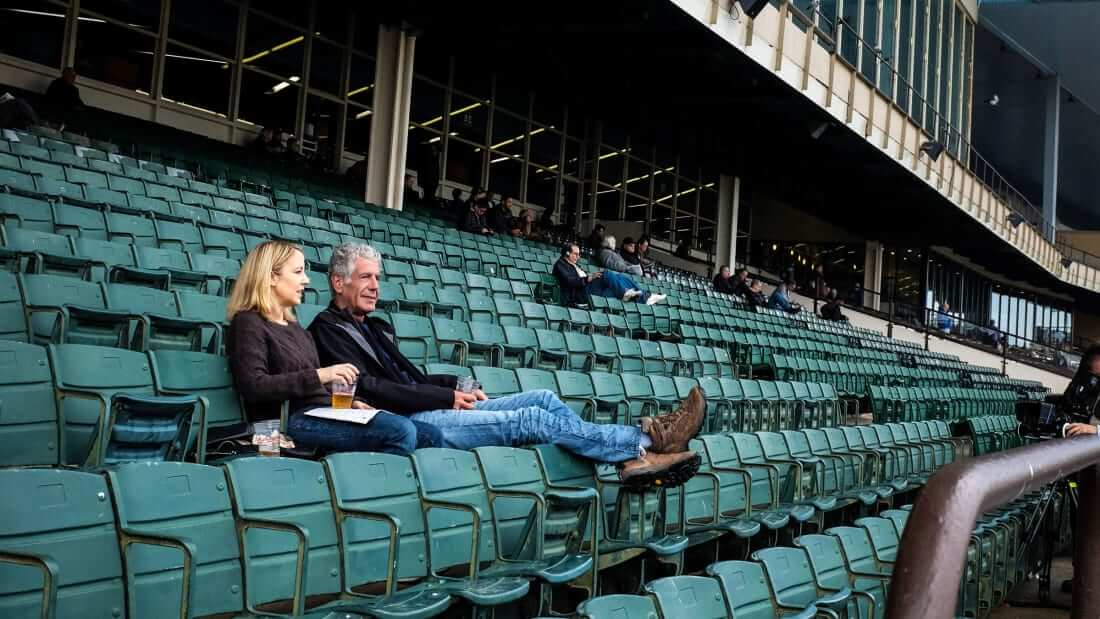 This book consists of soundbites from different episodes of Bourdain’s TV series, paired with geographical info á la Lonely Planet guides; the book is updated with current information on all of the restaurants, hotels, and weirder places that Bourdain talked about, containing tidbits down to how much you pay for a night at any hotel.

The book also contains at-times fascinating parts about the series from others than Woolever and Bourdain, for example, Jen Agg speaks of what her restaurant became famous for, post-TV:

The camera operators planned their angles and shots for the next day, while Tom and I made small talk, into which he slipped, oh-so-casually, “I heard you guys do bone luges here.” I had no idea what that was, so he clarified: After scraping and sopping up the last of the glistening marrow out of halved and roasted veal bones, you pick something like sherry or bourbon, and hold the narrow end of the bone to your mouth, as you would with a beer funnel, while a game pal pours the shot down through the wider end, and into your mouth. 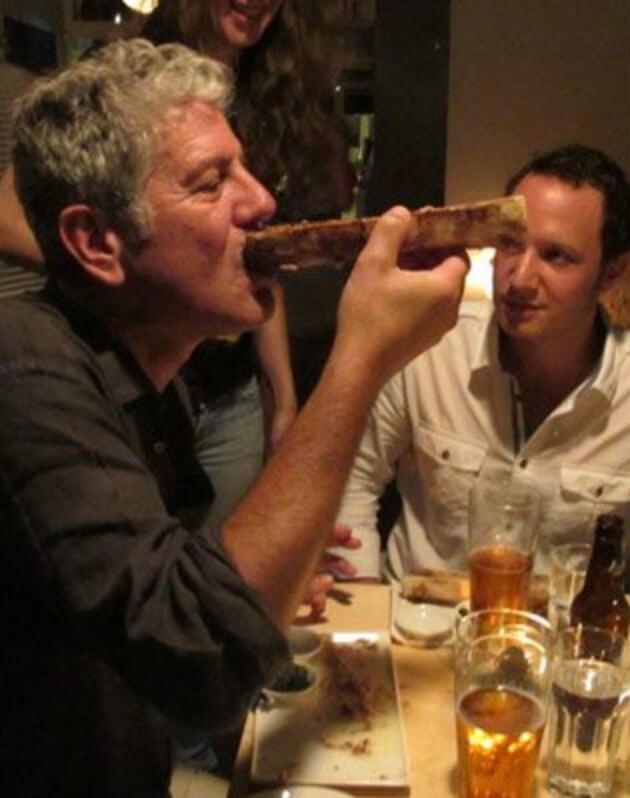 Bourdain having a ‘bone luge’ at The Black Hoof (since defunct).

I was skeptical, very skeptical. I feared appearing on a show I loved as, essentially, a shooter girl—a fear that turned out to be entirely warranted. I also worried that if we did this whole bone luge thing on the show, we’d be doing it for guests, forever and ever, in an Edge of Tomorrow–style loop. I wasn’t wrong about that, either. So I expressed a fair and reasonable amount of doubt. We’d never served anyone a bone luge before, I said. It wasn’t, like, our thing. At all. But Tom was adamant, and so, on shoot day, I played along, if a bit unhappily, pouring bourbon down a still-warm marrow bone into Anthony Bourdain’s mouth. I was incredibly uncomfortable, which is very rare for me. But I did it.

I watched the episode once, when it originally aired in 2012, and only recently watched it again. I was happy to be reminded that the only thing I said on camera was, “I feel like a shooter girl, and it’s actually just a little humiliating.” With the perspective of time, though, I have to agree with Tom’s instinct to insert this bit of bone luge weirdness. It crystalized the segment, was such a huge hit, and, to be completely honest, we made a lot of money off supplemental bone luges. Tony never knew that it was a manufactured bit, and, frankly, it became such a part of Hoof lore that it doesn’t matter. Time really is a flat circle.

I mention it because fabrication is part of so many series. Bourdain never knew about that, it seems, and it doesn’t really matter.

One of the lovely things about this book is how it serves as a perfect reminder of how things were, historically speaking. Woolever writes of how Bourdain took time to prepare before visiting a place—be it in the USA or another country—and read a lot about it beforehand.

After a Finnish fan created a Facebook page that garnered 100,000 votes for Tony’s coming to Finland, he went:

Helsinki, Finland. What I knew about the place wasn’t, shall we say, encouraging. I knew the Finns were tough people, tough enough to fight off Nazis and Russians. Tough enough to handle the cold, harsh climate, the long, depressing winters, the short, binge-drinking summers. I knew it was a place not long on easy smiles, or even eye contact, for that matter.

One thing that strikes me about Bourdain’s style of writing is that it somewhat matches that of the makers of The Wire; it’s not completely strange, then, that Bourdain was invited to write part of Trem_e, the TV series by the gang behind _The Wire.

Their style of writing spills back and forth over Bourdain’s lingo; it’s not surprising to know Hunter S. Thompson was a major literary figure in Bourdain’s life, as was Charles Bukowski. It works most of the time and provides Bourdain with the style for which he was known, slightly derivative, as it were.

I think Bourdain became a better writer with time; the older he became, the more he cut to the chase and didn’t dance around. He embraced the world more and more. An example of this:

In 1975, the newly independent Mozambique looked forward to a brighter future. But this was not to be. Yet rather than giving up after enduring a sixteen-year civil war—one of Africa’s most brutal and senseless—the country picked itself up and began the enormous, daunting task of rebuilding, well, everything, from the ground up.

There are very few places left in this world like Mozambique. The climate is nice. The people are really nice and the food is extraordinary.

Yet today, Mozambique is barely a pit stop on the tourist trail. It was with all this in mind that I arrived on my first visit to this East African country of twenty-three million people.

Mozambique, it should be pointed out, is a darling of the World Bank. It’s seen as an African success story, and the fact is, things are good, very good, here, compared with how things have been in the past. Five hundred years of truly appalling colonialism, eighteen years of enthusiastic but inept Communism, and a brutal and senseless sixteen-year civil war ending less than twenty years ago left Mozambique with a devastated social fabric, a shattered economy, and only the memory of an infrastructure.

Shockingly, people here, throughout the country, after being relentlessly screwed by history, are just as relentlessly nice.

It’s fun to read about places where both he and I have eaten, as with Quimet y Quimet, in Barcelona:

If I lived across the street from this place, I’d quit my job and just hang out here all day, until all the money was gone. Quimet & Quimet is a four-generations-old tapas bar in the El Poble-Sec neighborhood of Barcelona, which relies heavily on that Catalonian tapas bar staple of canned food.

There’s an extensive wine selection, along with cocktails and beer, but the real draw are the montaditos, or canape-sized open-faced sandwiches populated with the likes of cipriones (stuffed baby squid), anchovies, mussels, tuna belly, sea urchin, Spanish and French cheeses, pickled vegetables and more, all prepared to order behind the bar—there is no kitchen on site, and it’s a tight space, with room for only about 20 guests at a time.

All in all, this book is quite interesting even though, at its worst, it’s fragmented. But if you’re looking for a rocky version of a Lonely Planet guide, this is it.

Bonus: the authors talking about Appetites, the prior book that they wrote together: 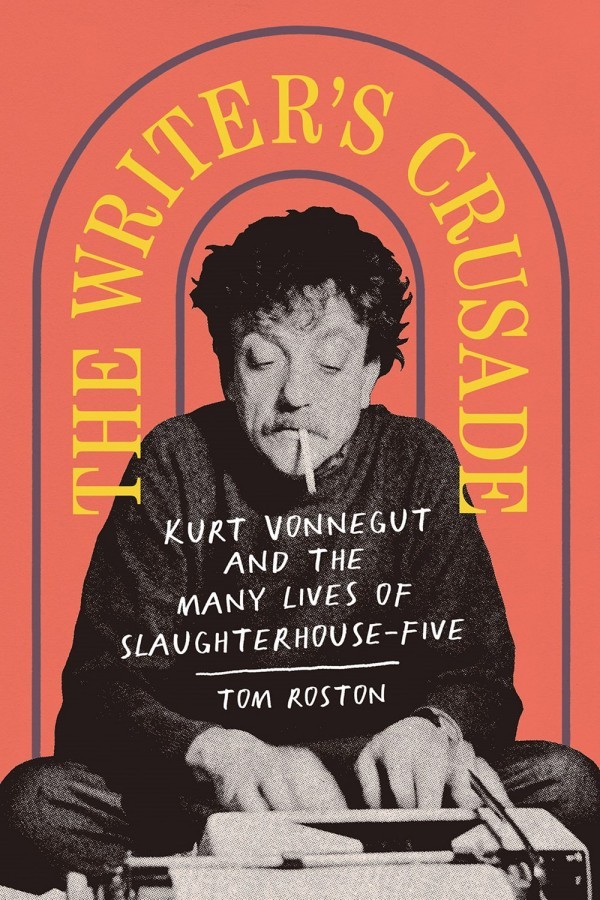