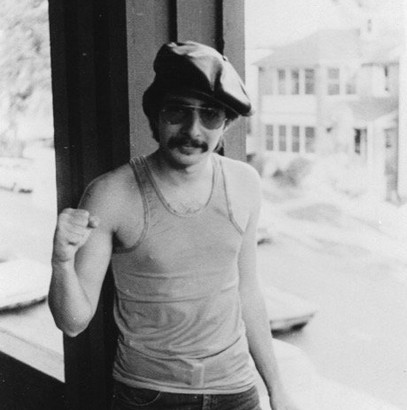 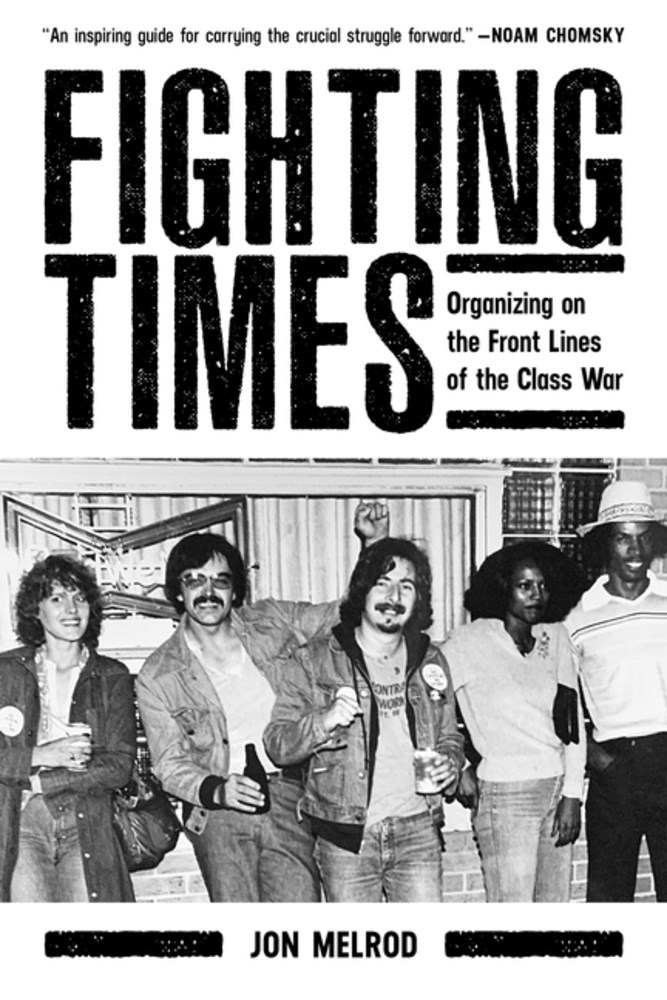 Jon Melrod has, for a long time, been part of worker struggles, mainly in hard physical labour, industrial work. Initially for his own work, then quickly onto the breaches for his worker friends and colleagues across not only the USA, but the world.

Those are my words. Melrod plays actions throughout this book a lot more solemnly than I do.

This book shows Melrod’s experiences in chronological and historical context. He delivers his paragraphs in quite punchy fashion:

In the spring of 1972, just months out of college, I took my first job as an hourly wage slave at a small plastic injection-mold factory in South Milwaukee, Wisconsin. I soon found myself at the bottom of a large concrete vat, rushing frantically to clean the toxic residue of trichloroethylene (a cancer-causing chemical) used to degrease the oil on metal paint trays. When I asked for protective gear like a respirator, the straw boss let me know that respirators were for girls and sissies. “Juan—are you a sissy?” he asked. In May I landed a job at the large United Auto Workers–organized American Motors Corporation (AMC) plant in Milwaukee. Within months, I led young workers to fight forced overtime and a speedup of the auto assembly line. The FBI, hot on the trail of student radicals taking factory jobs, met with AMC management to orchestrate my discharge. Unemployed and likely blacklisted, I took a job at the lowest rung of the industrial hierarchy, a nonunion shop populated entirely by workers of color, except for me: Phister and Vogel tannery, where thousands of stinking, maggot-infested cowhides were turned into luxury leather. At P&V I experienced exposure in my groin area to the acidic industrial-grade solvents used to waterproof leather, which made me wonder if I would ever have kids.

It’s not strange to read of how Melrod engaged with the Black Panther Party, the Black-initiated and -led revolutionary party that stood for equal rights and constant fight against oppression. Likewise does Melrod describe, in detail, how he and his fellow workers continuously tried to negotiate with managers, their managers, and ultimately, company big-wigs.

Melrod and his colleagues constantly faced severe and brutal oppression, not seldomly of the illegal kind.

In their conversations, Zorn and Ray Martin, director of industrial relations, recalled the experience AMC had had some years before, “when T-shirts bearing the words “Black Power” appeared in the plant. At that time [AMC] found these ‘Black Power’ T-shirts to be so ‘inflammatory’ that with the assistance of the Union [emphasis added] the employees were persuaded … to forego wearing them.”

The rapid proliferation of T-shirts pushed a panic button on the company’s dashboard. A known company man passed by and mumbled, “Hey kid. You’re going to end up just like Roy Webb. Watch yourself on the steps— they’re slippery.” I jumped in the next car. “Yo, Bill,” I said. “Some company suck-ass just snipped I’m gonna end up like Roy Webb. What’s up with that?” “Melrod, take him seriously. Roy Webb was a red—a commie who was a tough union guy. He caught a lot of shit, but there were a lot of radicals in them days. Webb was a steward, but he got in trouble during the Korean War for passing a petition against the war. One day a bunch from the cushion room jumped him on the stairs and pushed him down a couple of flights. He broke his back.”

The Black Panthers often said: You can kill a revolutionary—but you can’t kill the revolution!

As Melrod was elected by his colleagues to front the local chapter of their union, their fights bore fruit:

The sentiment the week before: “No one really gives a damn.” Now the same guys who had scoffed at meetings were anxious to reconvene. Next we printed thousands of round white stickers—three inches in diameter—that read “GOOD CONTRACT OR STRIKE JUNE 12.” This was the first time we mentioned striking. After seeing the stickers, a few older guys brought up a 1964 strike that had resulted in three months of lost wages but no gains. We had to overcome that pessimism.

This leaflet was written and put out by a group of us who are all members of Local 1569. Already the company and some of their friends have been sneaking around saying we are outsiders, troublemakers, and that we want to split the union. Everyone knows who we are. Among us are people of different political views. But the point is that we have come together because we want to unite everyone in this union to fight for a good contract.

There was also extreme racism to combat:

Formation of bedecked Klansmen carrying axe handles marched out of the Tupelo Police Department. The police were the KKK and the KKK were the police.

Jim Bashem, 837 chief and another southerner, also lived in Zion, as did my good friend and 837 steward Rich Hughes, who later replaced Bashem as chief. Rich and I regularly debated his Klan sympathies, and I would harshly condemn the KKK as white bigots responsible for the murder and lynching of Black people throughout US history. Rich typically responded, “Melrod, you don’t understand. The Klan are really a bunch of good ol’ boys, kinda like the Dukes of Hazzard. Back home, the Klan is part of our heritage.” Years later, Rich and I collaborated as chief stewards of adjoining departments. We never settled our KKK disagreements; Rich took his beliefs to the grave. When he died, he lay in an open coffin in his best Sunday suit. On one lapel was a Local 72 union pin; on the other was Klan paraphernalia.

Around halfway into the book, Melrod looks back on how the fights were actually feasible:

You may already have wondered: How did these Fighting Times people print tens of thousands of pages on a basement mimeo machine, hand-fold tens of thousands of eight- and twelve-page newsletters, and distribute them at some fourteen gates? How did they stamp thousands of buttons and silkscreen hundreds of T-shirts? How did they successfully solicit articles from so many departments in a plant running three shifts? I look back and ask myself those same questions. At the inner core were three very committed, motivated, comradely activists with a high degree of dedication: John Drew, Tod Ohnstad, and me. Each of us held individual political views, but we shared a common vision of what needed to be accomplished in Local 72. Add we agreed that capitalism, the daily exploitation of the working class, needed to be replaced with something more equitable. Speaking for myself, that was socialism. Around us were many concentric rings of folks with differing degrees of commitment. Some stamped buttons, others silk-screened T-shirts, folded flyers, handed out Fighting Times at the gates, raised money, put on parties, attended caucus meetings, organized picnics, attended union meetings, and solicited letters. Others struggled through writing letters and articles.

At the end of the day, Fighting Times is a great book to chronicle the union movement at its most vibrant and explosive core: Melrod clearly shows how day-to-day work pays off, in spite of constant pressure of capitalist owners - AMC was one of the capitalist Fortune 500 companies, and they bowed to workers’ rights - who try to smash their efforts. It’s all grassroots, all the time; hard labour brings fruits. What other options are there?

This is a book that shows how near-incredibly rewarding union work can be.

For more information and long quotes from the book, including materials that weren’t included in the book, visit Melrod’s site, Jonathan Melrod 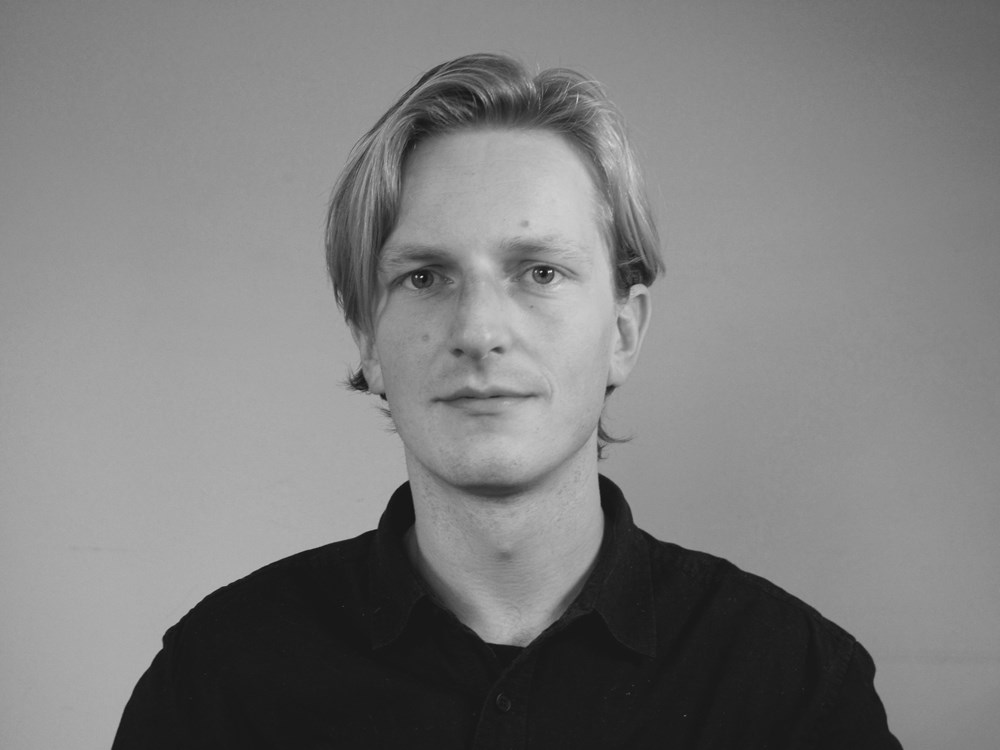 Geoff Dembicki - 'The Petroleum Papers, Inside the Far-Right Conspiracy to Cover Up Climate Change'